The Philadelphia Toboggan Company (PTC) constructed Moonlite Gardens, the open-air dance hall in 1925. In 1928, it was partially enclosed, under the supervision of PTC at a cost of $1,200 for their services. In 1947, Moonlite Gardens was renovated with new wrought iron added to the façade to resemble the French Quarter in New Orleans. The renovations totaled $100,000. Paul G. Hill designed the new entrance façade to Moonlite.

In 1974, the old wooden part of Moonlite Gardens was demolished, leaving only the front and open air portion.

In 1985, Moonlite Gardens received some major work with the wrought iron returning to the front façade (it had been moved to Kings Island where it was in storage). Additionally, the neon blue sign returned to tout the name of the dance hall, and dances were once again held there.Today, Moonlite Gardens is still home to live entertainment. From dances such as the Moonlite Garden Parties, to oldies and big band concerts. It is also home to special events such as wedding receptions.

-George F. Schott, who became president of the park in 1926 when Rudolph Hynicka died, became ill on July 20th, 1935 after the park closed. He was in Moonlite Gardens talking with members of the Independent Hardware Stores, which had recently visited the park, when he collapsed. It is believe that he died “before he hit the floor” according to Dr. Harry Behymer, who arrive at the scene shortly after the lifesquad.

-1947 management began stamping guests hands who had paid for the dances with fluorescent ink that can only be seen with ultra violet light, to prevent people from passing out their used tickets to other guests.

-Clyde Trask opened Moonlite Gardens in 1948 after an April flood of 64.3 feet.

-The Clooney Sisters (Betty and Rosemary), sang at Moonlite on Labor day weekend 1949.

-Dottie Mack (from WCPO-TV) broadcast live with Bob Braun and Colin Male from Moonlite Gardens on Italian day in the 1950s. 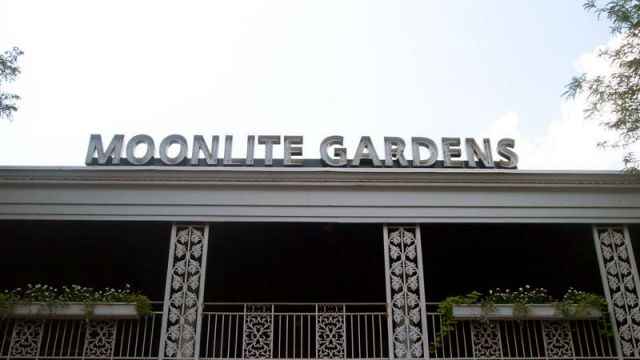 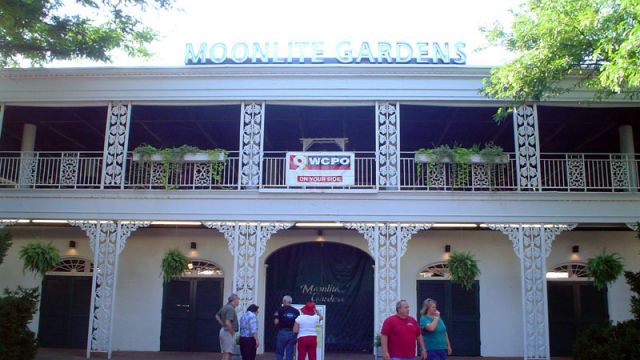 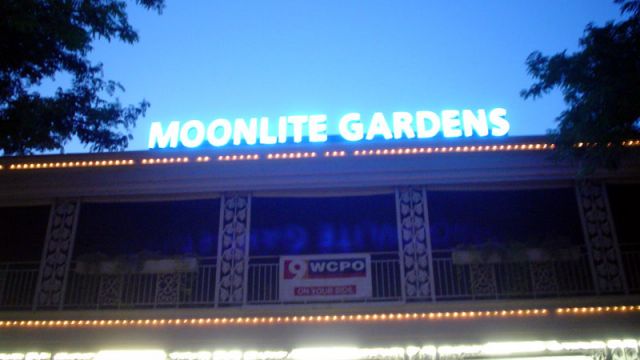