Name: Flying Scooters
Opened: 1940
Manufactured by: Bisch Rocco
Number of Cars: 10 tubs
Closed: September 6th, 1971
Miscellaneous: The ride was moved to Kings Island where it was eventually known as the Flying Eagles.  It operated at Kings Island until October, 2004.  Then it was moved to Carowinds in Charlotte, NC for the 2005 season where it is now known as Danny Phantom`s Flyers.  It still operates today at Carowinds. 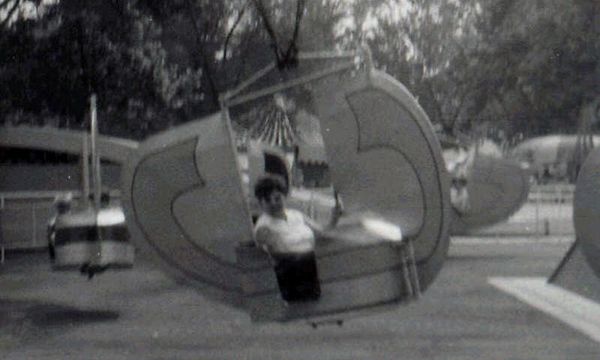