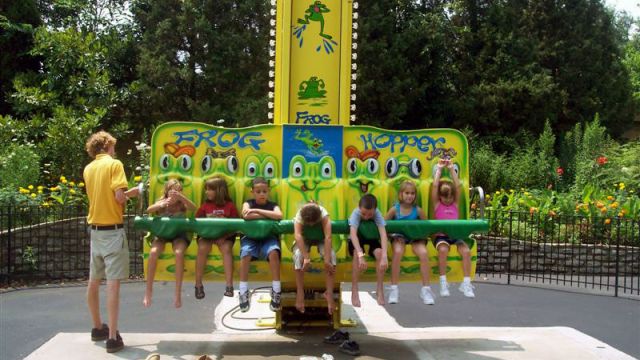 Name: Frog Hopper
Opened at Coney: 2003
Manufacturer: S&S Power
Number of Riders: seven
Height Requirement: 36” or more (between 3-12 years old.) Guests 13 or older must ride in the middle seat.
Miscellaneous: The ride originally opened on the original site of the Spin A Ree (now the site of the Scream Machine), next to the Carousel.  The ride was moved to the former site of the Baby Bumper Boats for the 2005 season.  In 2008, the ride was once again moved next to Boats and Trains and the Super Round Up to make room for the new River Runner.